A YEAR AFTER MARIA: Current and Future Challenges in Puerto Rico | Rutgers-Camden October 15, 2018

On October 15, 2018, the Rutgers-Camden Community Leadership Center hosted its Hispanic Heritage Month symposium “A Year After Maria:  Current and Future Challenges” to mark one year following Hurricane Maria that devastated Puerto Rico and triggered a critical process to identify new methods to reconstruct and revitalize communities and people’s lives. Speakers discussed how to re-imagine, re-invent, re-shape, and re-think Puerto Rico around the issues of education, health, energy, and the economy in this critical time to improve the island’s security and safety. The event also coincided with a special book talk and signing with Judge Nelson A. Diaz on the release of his memoir, Not from Here, Not from There/No Soy de Aqui ni de Alla, published by Temple University Press. 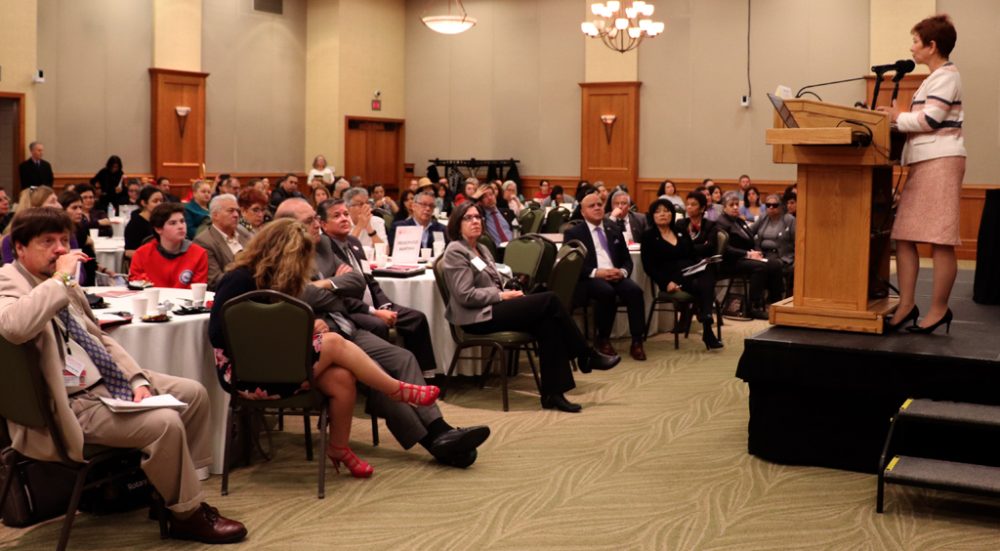 A Call to Action: Future Challenges for a New Puerto Rico unites experts in dialogue and conversation around the current state of affairs in Puerto Rico and the future challenges and opportunities in rebuilding the island following the devastation of Hurricane Maria in September 2017. Researchers and policymakers presented on how to improve Puerto Rico’s workforce and industrial base, alleviate the debt obligations, reform Puerto Rico’s political and legal relationship with the United States government, and build partnerships between universities and NGOs as anchor institutions. This symposium calls the community to action to learn how to support and sustain Puerto Rico at this momentous period in the island’s history.

The Rutgers-Camden Community Leadership Center (CLC) is proud to be partnering with H. Calero Consulting Group, Inc. to launch the first national report on the future of Puerto Rico following Hurricane Maria in September 2017.  The study, “How Hurricane Maria Forges PR’s Economic Future,” discusses the current state of affairs and charts new solutions to rebuild Puerto Rico’s infrastructure in education, tourism, agriculture, and manufacturing.  Dr. Gloria Bonilla-Santiago and her research team present new models for how the higher education system can innovate and flourish on the island.